DataNumen Disk Image is a powerful tool to clone and restore disks or drives. It can create and restore the disk image or drive image byte by byte. Useful for backup, data recovery, disk/drive copy & cloning, and forensic. 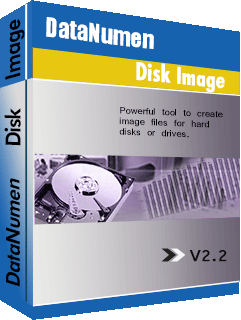 Thank you for your help! I’m super impressed with how this worked.

Disk Image outperformed three other professional programs that failed to create an ISO system image - this one worked perfectly. While it can't be

Disk Image outperformed three other professional programs that failed to create an ISO system image - this one worked perfectly. While it can't be launched from a USB and must be run from a running OS, it was fast, 1TB in just over 2 hours to clone, and it restored flawlessly. On the strength of its performance, leanness, and also the nice support they provided, I would recommend their software to anyone that was in need. 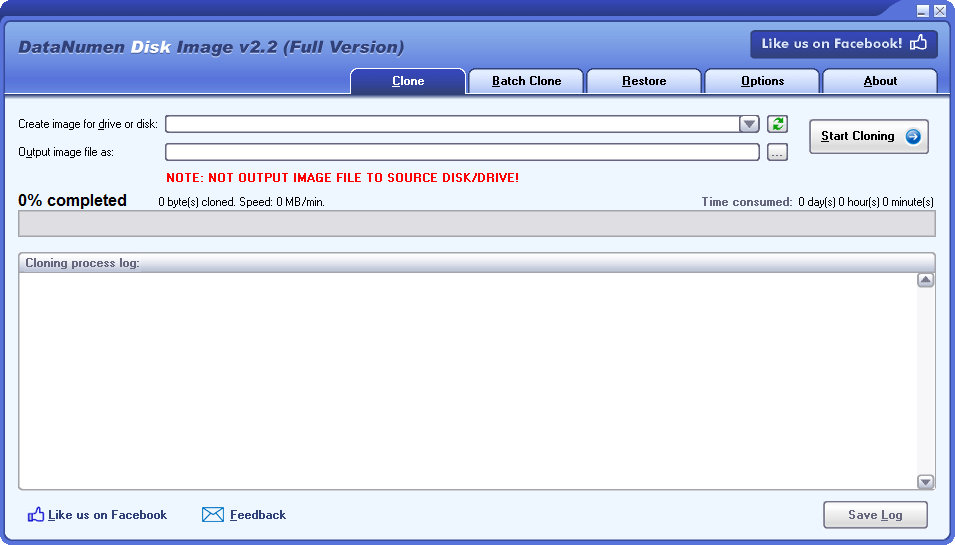 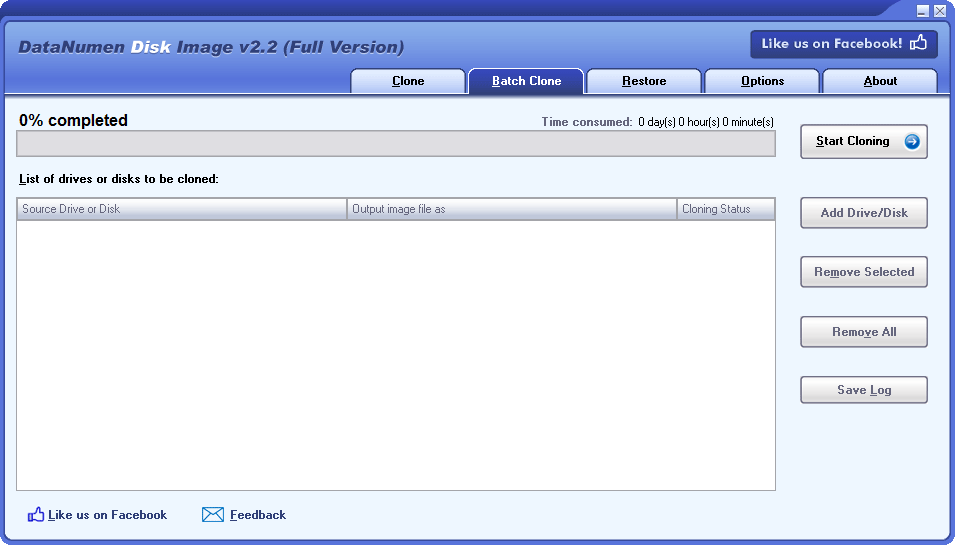 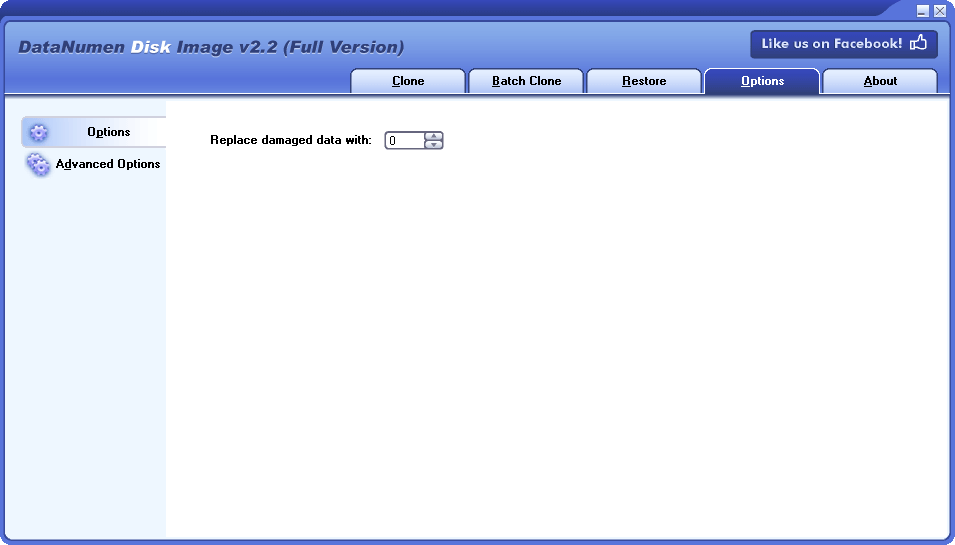 With DataNumen Disk Image, you can create images for drives and disks, for various purposes, such as system backup, restore, forensics, and data recovery.

Note: Before creating drive or disk images with DataNumen Disk Image, please close any other applications.

Select the drive or disk whose image to be created:

If you have plugged in a USB drive, but cannot see it in the drive or disk list. You can click the

You can input the image file name directly or click the

button to browse and select the image file.

button, and DataNumen Disk Image will start cloning the data in the specified drive or disk, then save them into the output image file. Progress bar

will indicate the clone progress.

After the clone process, if the image file is created successfully, you will see a message box like this:

Now you can use the disk image for different purposes, including:

What is a disk image file?

A disk image file is usually an exact copy of a storage device. Some formats, such as ISO image format, Nero NRG image format, Apple DMG image format, etc. may contain some meta data, other than the copy of the device. And some formats may compress the data to decrease the file size. The storage device can be a hard disk drive, solid state drive, floppy disk, USB flash drive, CD, DVD, Blu-ray, and any other devices that can store data.

The disk image contains everything on the device, including all files, the file system and operating system meta data, etc.. And it is easy to manage as a single file.

The disk image file has a long history. In the 1960s, people used it to back up mainframe disk to magnetic tape. It became more popular when floppy disks appeared. Nowadays people use it for all kinds of media and devices, from traditional storage media such as optical media, hard disk drive, to the latest storage media, such as solid state drive and Blu-ray.

What is the difference between disk imaging and disk cloning?

Direct copy is fast. However, you cannot use this method to make a massive copy.  For example, if you have 100 computers and you want to clone the hard disk on the first computer to those on all other computers, it is better to use the indirect copy method.

If there are a lot of free disk spaces on the device, will you also copy them to the image file?

Yes, our tool will create a bit-identical image of the physical disk or drive. So it is an exact copy of the entire disk or drive. It will contain the data of the used spaces, as well as the free spaces. When the device’s data change, the disk image file size will be the same as long as you create the image file for the same device.

Some other tools have the function to create a file-based image. It only contains user files and meta data of the operating system. The image file size will be smaller than a bit-identical image. But you may encounter issues when restoring it.

Which operating systems are supported?

Do you support Windows 11?

We have completed testing our disk image software on Windows 11 and do not find any compatibility issues. However, we have not announced the support to Windows 11 on our official documents and website.

Which file systems are supported?

Our tool will clone the raw data byte-by-byte on a hard drive or hard disk. The cloning process is not related to the file system. So our tool can work with any file systems.

Which kinds of storage devices are supported?

What are the main usages of your tool?

With our tool, you can:

Can I mount your disk image file as a virtual drive?

Yes, you can use a free tool OSFMount to mount the disk image as a virtual drive.

How often should I perform system backup?

Normally we recommend you to use our tool to create a computer system backup every week.

Do you support an incremental/differential image backup?

An incremental/differential backup only backs up the changes. Sorry, but currently our disk image software can only make a full backup.

Can your tool clone a hard drive?

Yes, you can use DataNumen Disk Image to clone a hard drive, as below:

Do you support ISO image, NRG, VHD, and DMG formats?

Sorry, but currently our tool does not support all these formats. The image file is just an exact copy of the source hard drive or disk. And our tool cannot read ISO files, NRG files, VHD files, and DMG files.

Can your tool backup hard drives in Linux or Mac OS?

Yes, our tool can. However, you need to run our tool in the Windows system and let it make a clone of the hard drives in Linux or Apple Mac OS.

Can you create a bootable disk like Active LiveCD?

Sorry, but currently DataNumen Disk Image does not support to create a boot disk like LiveCD.

Can you convert the ISO file to a disk image file?

Yes, you can do as follows:

Can you create images for drives in virtual machines? 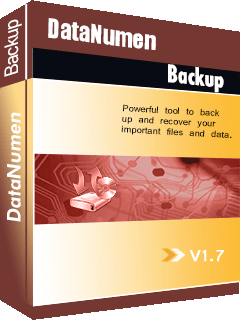 DataNumen Backup is the best tool to back up and restore your important data and files. 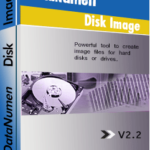