How to Use Generally Available Transactional Replication for Azure SQL Databases

In this article, we will some advanced features offered by Azure SQL Database, how they can be used effectively to migrate between different databases. 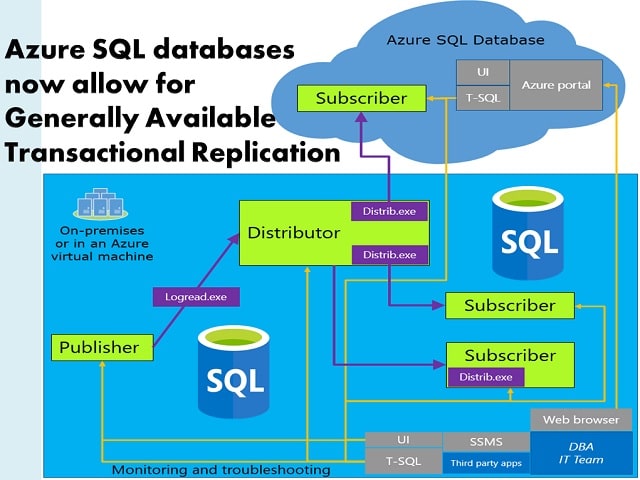 What is Azure SQL Database 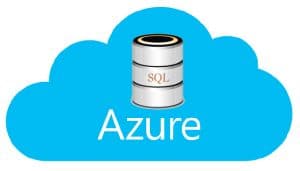 This SQL Database is a cloud-managed database which is a part of Microsoft Azure. Azure SQL Database is designed with a built-in intelligence which automatically learns and adapts app patterns to increase reliability, data protection and maximizes performance.

Why and How to use Transactional Replication for Migration between Databases?

Users can configure their on-premises SQL Databases that they wish to migrate as its publisher or can also configure their Azure Database, using the push subscriber on their SQL Server instance. Note that this transactional replication acts as a distributor, which synchronizes the data to the subscriber from the publishers. Users can see these changes in their schema and data on the Azure SQL Database.

After the completion of synchronization, users can migrate from the SQL Server Database to Azure Server by changing the connection of their applications, allowing the targeted database to directly point towards Azure SQL Database.

Users can also use transaction replication for synchronizing their data to an Azure Database from an on-premise SQL Server Database in one direction.

Use Transactional Replication for Migration

Users are restricted from removing their SQL Server database’s production during the occurrence of migration. During this time users can use SQL transactional replication as a migration solution.

For using this solution the user needs to configure their Azure SQL Database to a subscriber from the SQL Server instance which they wish to migrate. Then its transactional replication distributor synchronizes the selected data from its source database which needs to be synchronized by the publisher, while in the background new transactions keep on occurring without any disturbance.

The sole purpose of this feature is to transfer data from SQL Server to Azure SQL and vice versa without causing any data damage. Azure SQL being a cloud manager protects the data from being damaged or hacked, while the empty space in the system can be used for the creation of new data. The general availability of transactional replication can be seen as an extended method to migrate data efficiently without putting a pause on the workload of an organization.  This also ensures to provide better accessibility of database to the publishers as well as the subscribers.

Irrespective of the SQL Server implementation that you finally decide, it is imperative to invest in a SQL Server Recovery tool deal with unforeseen incidents of data corruption.

Victor Simon is a data recovery expert in DataNumen, Inc., which is the world leader in data recovery technologies, including Access repair and sql recovery software products. For more information visit https://www.datanumen.com/