If you a tech savvy then, you must be aware that Microsoft has finally launched it’s much anticipated SQL Server 2016 Database full of unique and improved features. Now, to add to your frenzy is the news coming from Microsoft insiders that it aims to bring the same database to Linux very shortly. Yes, you heard it right! Microsoft is planning to bring SQL Server on Linux either later this year or next year. In fact, experts feel that this is one of the steps through which, SQL Server 2016 is trying to move ahead of its predecessors especially in terms of speed and security. Read on to know more about this recent update from Microsoft about its SQL Server 2016. 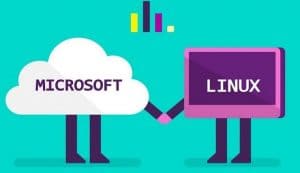 SQL Server 2016 that is currently available as a release candidate will soon be available in general form somewhere later in this year itself. Now, the same company is trying to kick start the process of migrating it on other popular platforms like Linux and Oracle. This surely is a great trick from Microsoft to attract the worldwide Oracle and Linux users, who will surely be tempted to try out this server on these platforms once it gets launched.

Another thing worth mentioning about this update from Microsoft is that it will be a faster version and it may miss out some new features but it will guarantee a better support for in memory computing on the server for various business related tasks. Experts are in fact, estimating up to 25% faster speed of this upcoming version of SQL Server on Linux that will be able to hit up to 100 times more queries at a time on the database.

On the other hand, a company insider revealed that in order to enjoy that fast speed of this upcoming SQL Server, you may need better and improved hardware in order to get the best use of the real time analysis while eliminating the use of a  proper data warehousing solution in the same database. On the other hand, Microsoft is also aiming to build support for its statistical computing through this project and this is in fact, anticipated as a consequence of Microsoft’s own acquisition of R or Revolution Analytics that was in news way back in the year 2014.

Security is also a concern that is high on mind in the makers of this new upcoming SQL Server version for Linux. It is expected to come with such a tight security that no unwanted person will be able to encrypt any crucial data out of the database for misuse. A special technique called the homeomorphic encryption will be used to tighten this security in the upcoming SQL Server 2016 version on Linux and Oracle.

While the jury on the Linux version is awaited, the SQL Server 2016 edition for Windows is a big hit. Its features are already shaking things up in the enterprise database market. However even this fantastic piece of software can crash. If you aim to protect your data after a SQL crash invest in a sql recovery tool like DataNumen SQL Recovery software. Powered with a best in class recovery engine, this incisive software can assuredly get back every record that you have stored in the database in quick time.