Things that we will Miss Out in Ms Outlook 2013

As a milestone in the 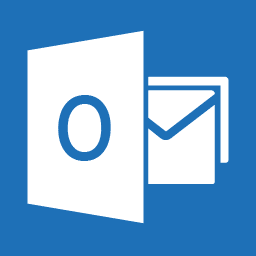 progression of the Ms Outlook email client, the 2013 edition would be remembered for bringing the application up to date with recent changes in the technology world. Borrowing some sharp ideas from Google’s leading web based email platform Gmail and recognizing the advent of Social Media, the Outlook 2013 edition unleashes several innovative changes. The user interface was drastically revamped, a new People Hub feature came in place of the old contacts and you know even have a weather bar sitting pretty above the calendar pane in Outlook. While much of these changes have been greatly appreciated some old Outlook users are complaining about the features that seem to have been withdrawn or have been modified. In this article we would look at these set of changes in detail.

The Journal Feature is Gone – Maybe for Good

The Journal feature in Outlook was a favorite for project managers keen to justify their team’s work before client or other stakeholders say about a decade back. Over the last few years its popularity has shrunk due to the availability of cheap time tracking applications that take screen grabs and record keystrokes too. With most users not finding a need for this feature Microsoft decided to junk it in Outlook 2013

Notes gets moved under the Folder Options

The prominence given to the Notes feature in earlier edition of Outlook has been withdrawn. In fact it does not even find a place in the navigation bar and now resides under the folder options. However the functionality remains very much the same and one can import data from old editions with ease.

You can no longer Publish your Calendar to Outlook.com

Some years back Microsoft with much fanfare had announced that you can publish calendars from your desktop email client onto the Office.com website. However it now has made a rethink and has withdrawn the functionality.

Export or Import Application Data functionality has been modified

When it came to importing or exporting application data, especially data from Excel, Outlook was highly flexible. However it seems to have withdrawn such functionality and it is no longer possible to export to Excel or Access format. You can though export the data into a CSV file and then consider importing it in either of the two applications. Some Outlook users are rather miffed by this change which they feel is absolutely inconsiderate.

Outlook 2013 turns a New Leaf but Remains Prone to Crashes

As a version upgrade, the Outlook 2013 can be considered as a marked improvement but it remains acutely susceptible to Outlook crashes. Now if you are wondering what measures you can set in place to deal with such a crash, investing in a pst repair tool like DataNumen Outlook Repair can be an option. This powerful utility can bring back all your Outlook data in the event of a crash and works perfectly with Outlook 2013 files.

Alan Chen is President & Chairman of DataNumen, Inc., which is the world leader in data recovery technologies, including sql recovery and outlook repair software products. For more information visit www.datanumen.com/products.htm