Microsoft is rolling out different versions of SQL Server 2016 targeted at diverse audiences. 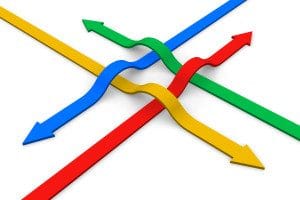 Are you excited to know about the latest happenings in the IT World? Well, you will be glad to know that the SQL Server 2016, the much awaited database software from the Redmond based software giant Microsoft is all set to release in June 2016. Considered as the flagship database software of Microsoft, SQL Server 2016 is expected to be available to the consumers around the world in four different versions; including, Express, Enterprise, Developer and Standard. Yes, you got it right; all the four versions of the SQL Server 2016 are going to be launched all at once in June 2016.

According to the hardworking team behind the development of SQL Server 2016, with this new database software, even small business can benefit by generating mission critical and intelligent apps. This is not all; they can get to enjoy the unique feature of the highest performing data warehouse along with mobile BI on different devices in the most safe and secure database. The list of benefits rolling in for small businesses using SQL Server 2016 doesn’t ends here; they can also enjoy advanced analytics within the database and optimized inside memory capabilities to deal with all kinds of workloads. Initially, Microsoft tested a bunch of new features before adding them all in SQL Server 2016. Most of these features have been added keeping the compatibility with the popular Hadoop and Azure Cloud Technologies.

So, the wait is just about to get over, as the much anticipated SQL Server 2016 Database Software from the house of Microsoft is about to roll in the market in June 2016. Just stay connected to learn more about the powerful features that will be seen in this latest update of SQL Server around the world.

At times after implementing a SQL Server solution in their organization, small businesses end up dealing with issues like a database crash.  In such cases a power sql recovery tool like DataNumen SQL Recovery is needed. This advanced application can swing into action and repair a corrupted MDF file within minutes. Further the application is designed to handle several media storage types including Norton Ghost Image drives and removable flash media disks too.