How to Keep Your SQL Server CPU Healthy and Avoid Bottleneck

In this article, we will discuss different methods to detect and resolve CPU bottlenecking, factors which ultimately leads to it, handling of inefficient query compilations and dealing with incapable query plans. 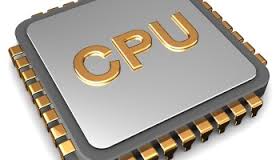 Whenever we talk about maintaining large SQL Server schemas, the issue that arises the most is the throughput of the SQL Server CPU because as the schema objects of the database increases the time complexity of queries and database operations also increases. If these things are not controlled, they might result in a damaged SQL server in future due to high load on server. This article focuses on covering the methods through which we can increase the throughput of our SQL Server CPU and avoid bottlenecking. 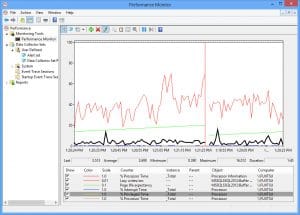 To check whether your CPU is bound or not, “Performance monitor” is the easiest method to find it out. We can see if %Processor Time counters are high or not. Your CPU is deemed to be bottleneck if values are in excess to 80% of utilization. DMVs can also be used to check for CPU bottleneck within the SQL Server. If the CPU utilization is very high then we can check the queries by drilling through them to find the ones that are consuming most of the CPU resources.

Outrageous query compilations and their optimization is another process which puts a lot of load on the CPU. Cost is directly proportional to size of underlying schema and complexity of the queries being used.

Most of the time the query plans do not depend on exact values or the values which are used as a predicate in query. The reason for that is lookup are based upon key. Reuse of query plan in OLTP workload is crucial because compilation cost might be high than the cost execution of query. A data warehouse workload will benefit a lot with the use ad hoc queries. Application based on OLTP ultimately increase the chances of re-using the cache plans and will help by reducing the load on SQL Server CPU.

SQL server compute signature of query and expose it as query_hash column. Entities having same query hash column possesses high chances of referring to similar query text. Queries which varies in literal value only must have same values. In below example first three queries have same query hash and the third one have different query hash. The reason for that is they are performing different type of operations.

Structure tree is being produced during the compilation of query which tell us about the query hash. If queries are referring to the same object, it doesn’t matter if one of the query use full name and other use only table name.

There are applications which submit a lot of ad hoc queries and we need to keep track of them. They can be detected using SQL Server repair methods which includes applying grouping on query hash column.

By elimination of unwanted cached plans we can have some major benefits, like freeing the memory so that we can cache other compiled plans and giving the buffer cache more memory. We can use sys.dm_exec_query_plan to fetch various query plans and judge them to find out whether different we got is necessary to obtain maximum performance.

After we determine queries that must be parametrized, we have to find a place to parameterize them and the best place for that is client application. How to do this? Well it depends on which API client we are using. Query string with the literal predicated is a consistent thing over all APIs. For that we just use question mark as the parameter mark to build our string.

A proper API should be used in order to bind the value to parametrized mark. The provide or client drivers then submit these queries in parameterized form. Since query is parameterized, it uses existing cached plans. We can also enable option to force the parameterization.

Server Profile is helpful for the detection of excess compilations. We need to look at the trace profiler to see the procedures which are being re-compiled. The tracker provides us with information and also the reasons due to which re-complications are occurring. Following query is being used to see events related to recompilations.

There is another main factor contributing to excessive usage of SQL Server CPU and that is the use of incapable query plans. They can be detected comparatively. This following query determine queries that are resulting in high CPU utilizations.

Following options can be used to detect query plans that are not efficient.

Using all these mentioned methods we can both detect and resolve the factors which are contributing to SQL Server CPU bottlenecking and this as a whole aids to longer life of our SQL Server.

In case if your database is crashed you can easily rollback to get to the backup of your last stored (stable) data but the data which was stored after backup cannot be recovered using this method. To recover such data you can use a third-party SQL Server repair tool.

Upton Mark is a data recovery expert in DataNumen, Inc., which is the world leader in data recovery technologies, including access recovery and word recovery software products. For more information visit www.datanumen.com