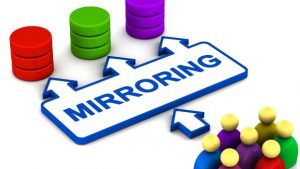 Now, that Microsoft has launched its SQL Server 2016, it’s time to learn about its interesting features like Database Mirroring. For those of you are still unaware of what database mirroring is like, let us acquaint you with it. Database mirroring is actually a way to increase the availability of an SQL Server Database. You must also know that this feature is implemented works only on those databases that incorporate a full recovery model. Learn in depth about Database Mirroring from the perspective of an SQL Server user. 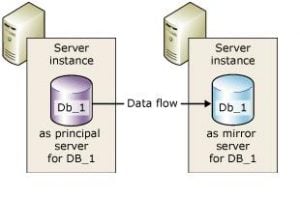 As an SQL Server user, you must also note that the primary and the mirror or standby servers cooperate and communicate as partners during a database mirroring session. Moreover, at a time one partner is in the primary role and the other acts as a mirror role and the role depends on the current situation of the server. On the other hand, one must also note that database mirroring also involves redoing inserts, updates and deleting operations occurring on the main database as well as on the mirror database.

Let us now throw some light on the advantages of database mirroring. The first and most important benefit of using this feature as we mentioned ago, is that it enhances the availability of a database. For instance, if there is a disaster and you have faced data loss in your database, then this mirroring feature helps in bringing the standby copy of the database online. Another benefit of mirroring is that it enhances the data protection by providing almost full redundancy of the data according to the operating mode which can be either high performance or high safety. Third major benefit of database mirroring is that enhances the availability of the database for production during the upgrades and by this it minimizes the downtime for a mirrored database and allows the user to upgrade the instances that can host the partners for failover.

Most database administrators would readily agree that there is no guaranteed formula for avoiding a SQL crash. Rather it is more important to procure a sql recovery tool like DataNumen SQL Recovery software to deal with such emergencies.  In the event of a crash, you just need to run this powerful tool and you can expect to get back all your records in a jiffy. Moreover the software can also be used on a variety of storage mediums including removable flash media drives.