People buy backup software and Access recovery software for the same reason they used to buy cans of soup: Safety. 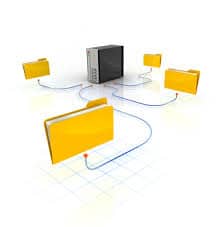 There’s a fascinating story about Campbell’s Soup in Phil Dusenberry’s excellent book “Then We Set His Hair on Fire.” Dusenberry was the Chairman of BBDO North America, one of the most successful and influential advertising companies in the US. The book’s title refers to an accident that occurred when Michael Jackson’s hair caught fire during the filming of a Pepsi ad.

BBDO won the Campbell’s Soup account in the 1980s. Soup sales were stagnant. BBDO’s research discovered that people liked to own Campbell’s soup. In fact, many consumers had cabinets full of Campbell’s soup cans.

For decades, Campbell’s Soup had advertised their soup as a health and safety product that people should keep in their homes in case of an illness. Their advertising campaigns had created a huge disparity between the purchase rate and the consumption rate for their soup.

Lots of business people make the same mistake when buying backup software applications. They license the software and pay the software vendor. Some of them install the software on their servers. A few of them actually set up a regular backup schedule for their newly-acquired backup applications. But they never test their ability to restore files when there is an emergency.

The same thing often happens with Access recovery applications.
Enterprise IT department heads purchase applications such as DataNumen Access Repair, and they install it on their servers. But when there’s an actual emergency, and a damaged file needs to be recovered, the IT technicians are often looking at the software in action for the first time.

Whether it’s an Excel spreadsheets that has been requested by a government auditor, a Word document that as been subpoenaed by an attorney, or an Access database that contains mission-critical sales information, when the file is damaged, it needs to be repaired immediately. It’s not enough to have a can of soup in your cupboard that will solve the problem. You need experienced technicians who know how to restore a backup archive, or to repair a damaged file.

It’s important to make file backups regularly. To save backup time, many companies use the “incremental backup” technique. Perhaps at the beginning of each month, the IT technician will back up every mission-critical file in the enterprise. For the next 30 days, however, they back up only the files that have changed. At the end of a 31-day month, there are 31 backup files. The first one is very large, and the other 30 are small, incremental backups. Restoring such a file isn’t rocket science. But it’s not the type of work that you want to attempt for the very first time, especially if you have high-level company officials looking over your shoulder.

Perform backups regularly. And test your file restoration process several times each year so that the process becomes routine. By planning ahead and testing how to restore your backup files, you’ll be ready for an emergency.

Similarly, practice from time to time recovering damaged Access and other files. If you use your file recovery applications in a leisurely way when there is no major crisis, you’ll have the hands-on experience to manage a real emergency when it arises.

Campbell’s Soup solved their sales problem by changing their advertising campaign to talk about the benefits of eating soup, and not just buying and storing it. You can solve your company’s data backup and file recovery problems by installing the appropriate software, training people in its use, and running regular file restoration drills.
____________________