6 Tips to Work Best with Your RAID System

RAID is a combination of several independent hard drives, which can provide data redundancy. This article will introduce 6 techniques to enable your RAID system to play its best role.

RAID is well-known for its array use and large storage capacity. It is indeed more reliable than a single hard drive or other data storage media due to its tolerance of one drive failure in the array. Despite this, it doesn’t mean that data loss won’t take place in RAID. Users should keep cautious about the data stored in the RAID systems. If you are using or intend to use RAID, you can follow the 6 tips below to work best with your RAID system. 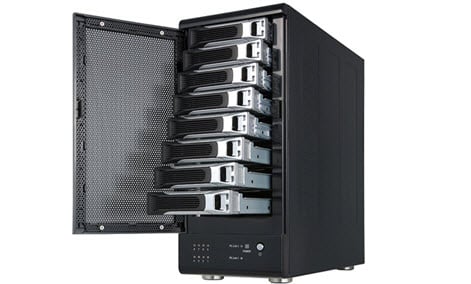 Due to the fact that RAID system can fail too, you had better back up your critical data on external hard drives or other offsite backup media. For example, if your PST files are of great value in that it contains much client information, you should have another copy of the files. Thereby, even though RAID fails, you can recover PST data from the additional backups with utmost ease.

Some newbies have a misunderstanding about RAID system. They think, with the data redundancy through RAID, they can be immune from data loss. This idea is totally wrong. RAID system indeed reduces the risk of data loss, but it isn’t able to eradicate the issue. You should bear in mind the unquestioned fact – no storage media can be entirely exempt from data loss.

3. Prevent the Failures of More than One Drive

As you know, a RAID system consists of multiple hard drives. Hence, more often than not, when one hard drive in the array fails, the system can continue working as normal. But at this point, you should keep vigilant and prevent a second drive from failing. No RAID levels can tolerate the failure of two drives. That is to say, if unfortunately one more drive goes on strike, the entire system will break down, and data will be lost.

When a hard drive in the RAID system fails, you may intend to replace it. But in prior to replacing, you should get the basic knowledge mentioned below. All the hard drives in one RAID system must have the same makes, models and other characteristics. Therefore, you should never replace the failed drive with another drive that is a part of another RAID system.

When you encounter a hard drive problem, rebuilding the RAID is an advisable solution. It will recreate your data from scratch. Thus, the rebuild procedure will take a long time. During the process, you should keep alert. If something wrong happens, the outcomes will be severer than what you can imagine.

Each drive in the RAID system has a specific position in the drive array. It’s wise to record the positions, which will be very helpful if you need to rebuild the RAID array. Actually, today’s RAID systems always come packed with a reserve storage area with hidden RAID information. As long as this area is intact, the position info won’t be lost. But in many situations, it can be corrupt or overwritten.